Paramount Players "Saturday at the Hop" 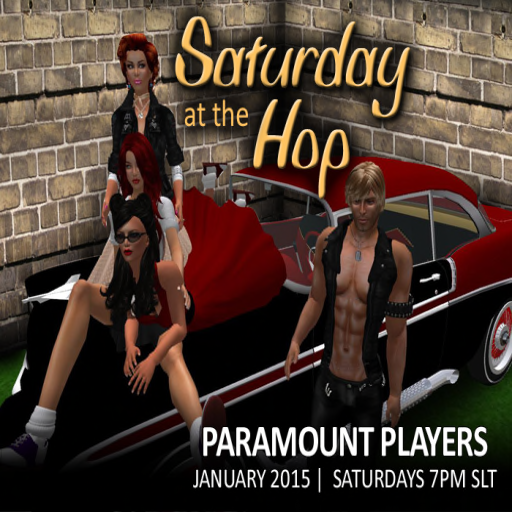 Come join us for an evening of classy but sassy entertainment as we the PARAMOUNT PLAYERS of the Paramount Grande Theatre, dance for you in our tribute to the 1950's music on
January 10th, 17th and 24th at 7pm slt.

We dance to some of the great hits of the decade with a special tribute to the three artists the world lost .. The Day the Music Died. The Day the Music Died, dubbed so by a lyric in the Don McLean song "American Pie", is a reference to the deaths of rock and roll musicians Buddy Holly, Ritchie Valens, and J. P. "The Big Bopper" Richardson, in a plane crash near
Clear Lake, Iowa, on February 3, 1959.