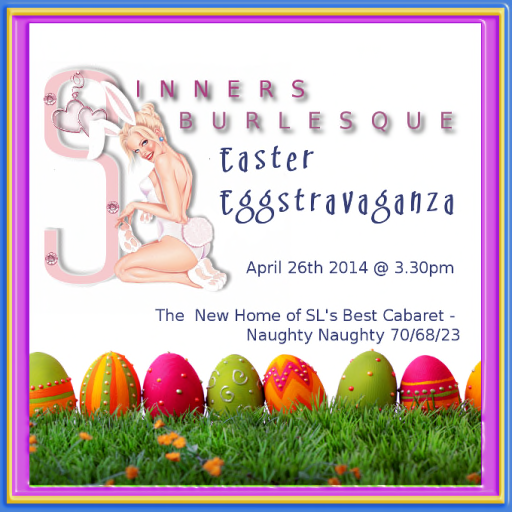 
The Bustle commeth boys and girls...

Make a space in your diaries for Friday's show people!
Marking our 3rd, YES, 3RD! anniversary!
We cant wait!!

New location!! So please use NEW LANDMARK, entrance to the Showhouse
is located inside the new bar.

Get your date, dog or blow-up friend and join us for a fantastic show! 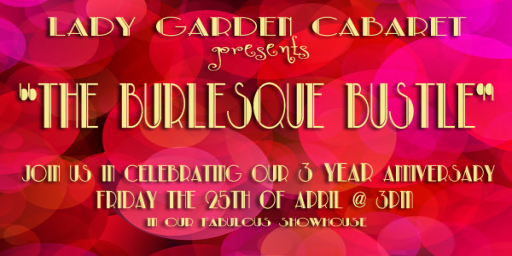 Posted by Galilla Sinatra at 3:09 PM No comments:

NEW from Spot On

Introducing the Spot On Costume Assistant - put on, take off, or change object attachments, clothing layers, even entire outfits from a chat command or issued from your Performance Director HUD.  This is much more than our Christmas group gift, the Chat Stripper.  Available now at our Spot On Store or on Marketplace.

Read about it on the web:
http://www.spotonslgroup.com/costume-assistant.html 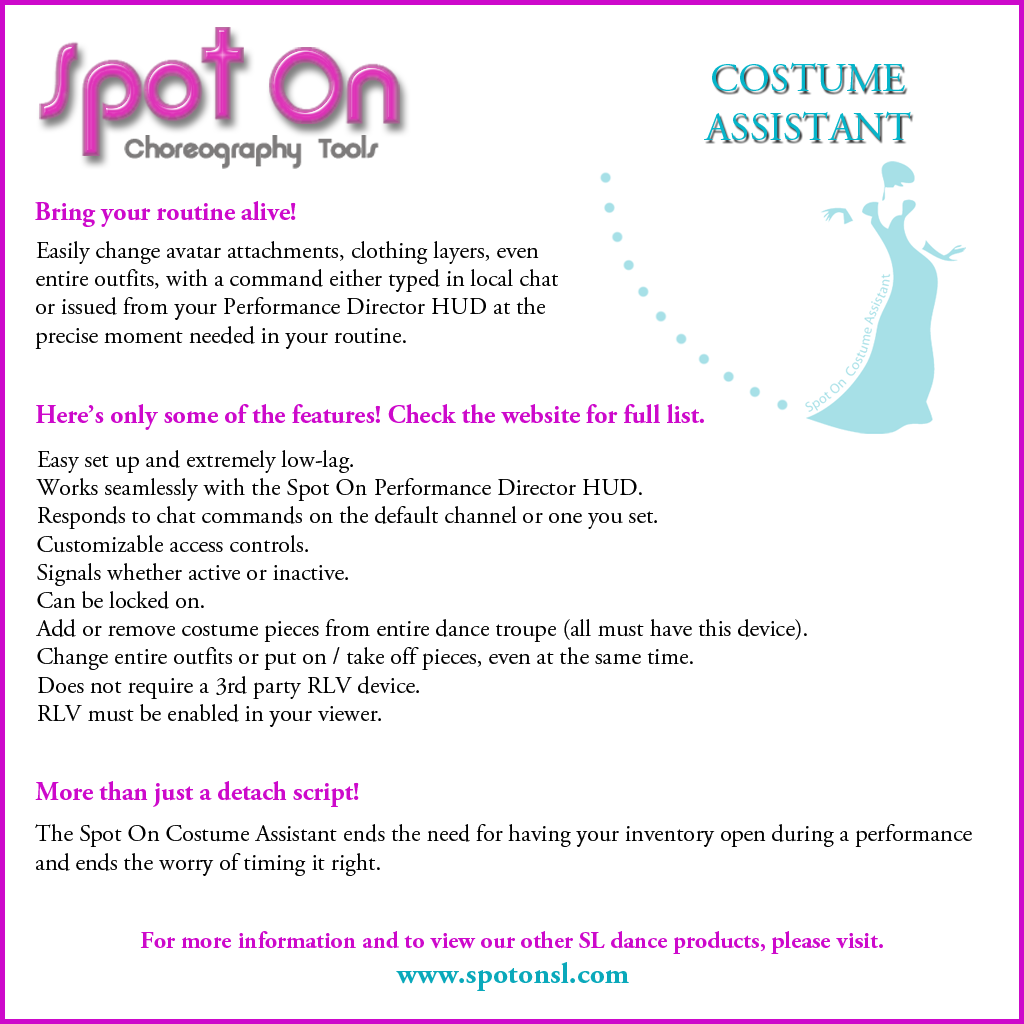 Posted by Galilla Sinatra at 1:42 PM No comments:


A show you won't see anywhere else

All our shows are translated in English :) 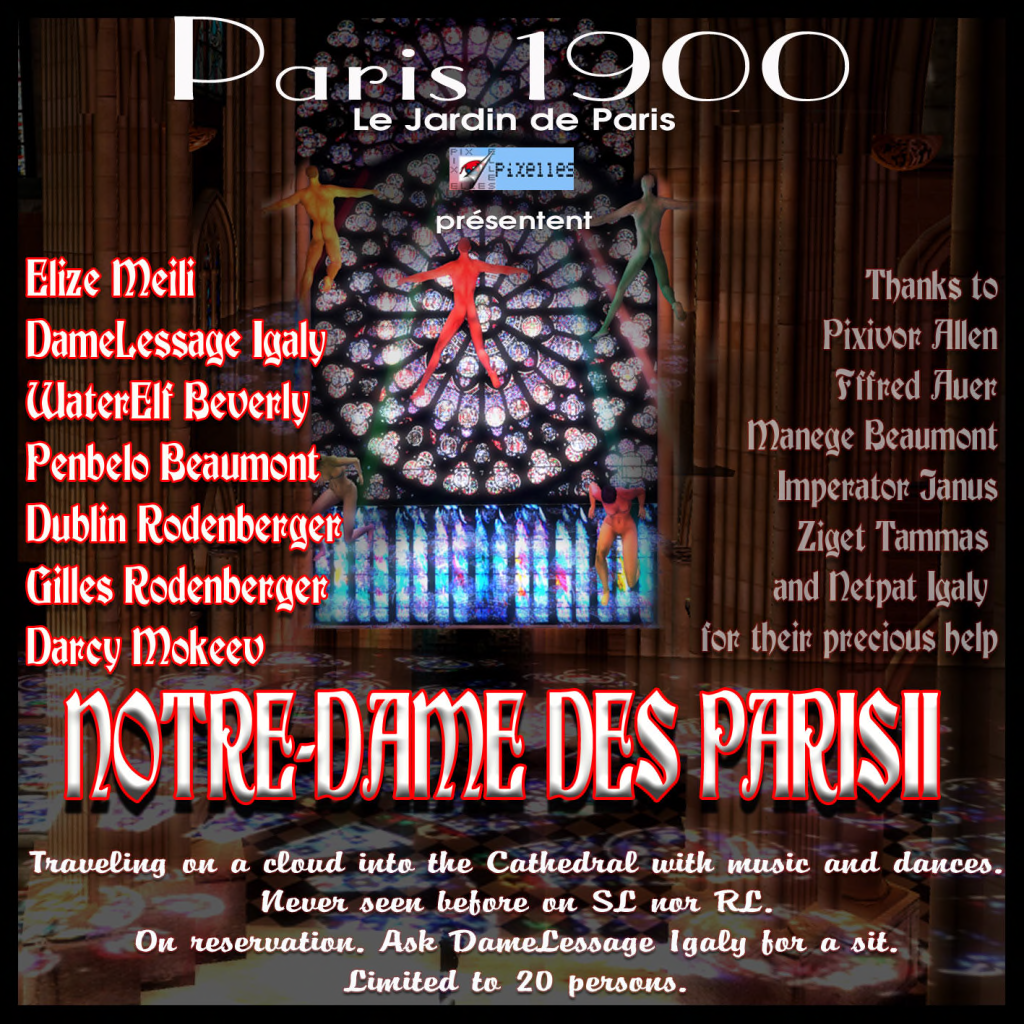 I would like to start "talking" about how and what first.

I think it was, back then, for all of us a big surprise at Nottoo didn't wanted to continue as DQ Leader.
She did "gave it all away"... all she did build up and with lots of info.
With the group, the blog also was "given away", so you could say... it was a full package.

When i write this now, I speak for myself and not out of others names.

I have to be honest to say, at I didnt really knew what to do with all this.
For me it was only very important, to let this group "live" and not get lost.
All the work that has been done and all the time there was used to make this helpful group.

I know Didds and Naiki long time, and know they are great people. Didds is an amazing dance leader with the best shows!! Naiki has a lot of know-how and knows a lot of people.
I guess we all did what we were best in ;o)

For me... I really needed some time to "start up".
I had to find out what I wanted, I needed to find out how the blog was "working" and what was up to date and what not.
Maybe it sounds easy... to take over a "full and ready package", but I can assure you... it is NOT!
First of all... we were not Nottoo. We were 3 people with other ideas, know-hows and time to do things.

Well.. as time did go, i did try some things.
First of all, I made some space on my own land and did build a little DQ office.
As i back then had a larger land and space for the variety shows, it seemed a good idea.
But there was not a big interest, so when I'll had to move land i had the idea to build a Dance Queens INFO Center.

As many of you know, that became a reality.
My thoughts was, to bring people closer, put down some info, have shows there, classes, demo's... well name it!!
A free place for members to use.
I did rent a little land with 937 prims,
There was created a DQ Robot with a DQ account, so the first months were paid.

I did change some things on the blog, in hope it would be more attractive. Tried to update some things and did remove old things (its all archived).

I did open a facebook site, I made a (new) online calendar.

A lot of work, but I did enjoy every minute of it!

I still speak in "I form". That doesn't mean at it was only me who did all the work. I just tell my story here and how I feel about it.
There was a lot of help around.
Like I mentioned before... the owners had all their own qualities and their own know-hows. It all worked well together!
Then there are the managers.
Kat, Babypea and Lil.
As many of you saw and still see, Kat did a lot of posts, both in group and blog.
She was and still is a real gem and did work hard on the schedules, calender and posts... and believe me... thats a LOT of work.
Babypea and Lil also used a lot of time to update schedules on the blog.
Its a lot of work behind the scenes. Not visible for everyone, so it's a kind of not very thankful job (if you understand what I mean)
People use a lot of time, some others can't see.

There is still a lot, that could be better. But hey, nobody is perfect! All we can do, is try to do our best.

There are many ideas... and I'm sure at many of them will also be reality some day!
There are members who would like to help and of course that's great!

That is how I see the Dance Queens group... a community of Members who help and support other members!

Fact is, at both Didds and Naiki do not wish to continue as DQ leader, so they will not sign up for Elections.
I would like to continue, but then it would be "on my own".

I am very open for all suggestions and look forward to hear them.

Please look at the "Questions and Answers" to see some suggestions already there!
Click here!

Then Didds also wanted to put some words to this...

I would like to thank you all for giving me a chance as the manager of DQ at the same time i would like apologies for not being as active as i wanted to be ,so because of this I have decided it is best for the DQ group if i stepped down and let some body else take my role. 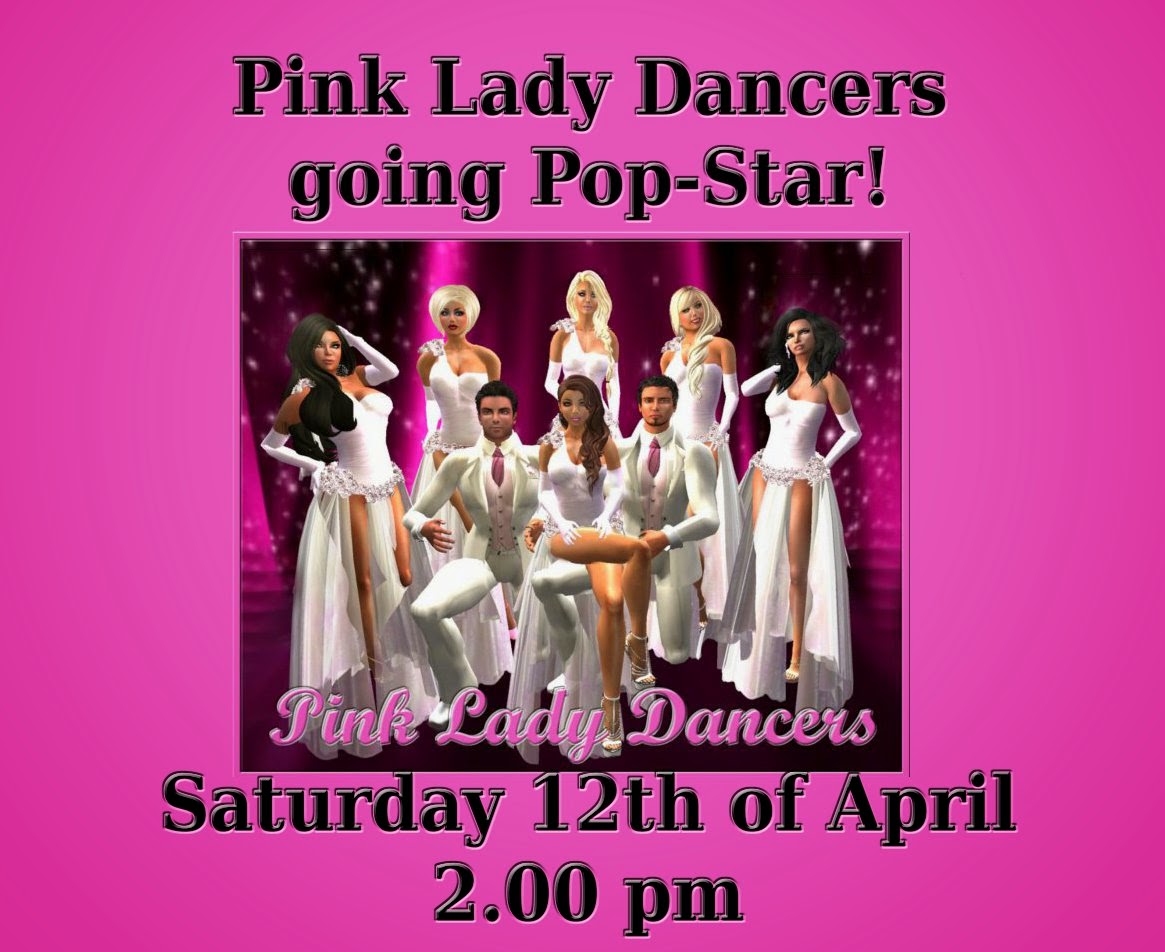 Here is your taxi!!
Pinks in Heaven
Posted by Zhaza at 11:04 AM No comments:

Winds of the Sahara Cabaret

Winds of the Sahara Cabaret
will be celebrating their 1st anniversary on April 14th
and in honor of that special occasion they will be presenting a
"Best Of" show on Sunday, April 13th at 5:00 PM SLT
where you, the audience, gets to choose the performances!
Head on over to their blog at
http://windscabaret.wordpress.com/
and you will find polls for the 10 performers for this Sunday.
Each of them has selected five of their favorite sets and left it to you to choose which one to perform.
So help out
Cyllene, Babypea, Jilley, Kyla, Kyra, Lil, Myth, O, Selene and Winnie
and pick which performance they give this Sunday! 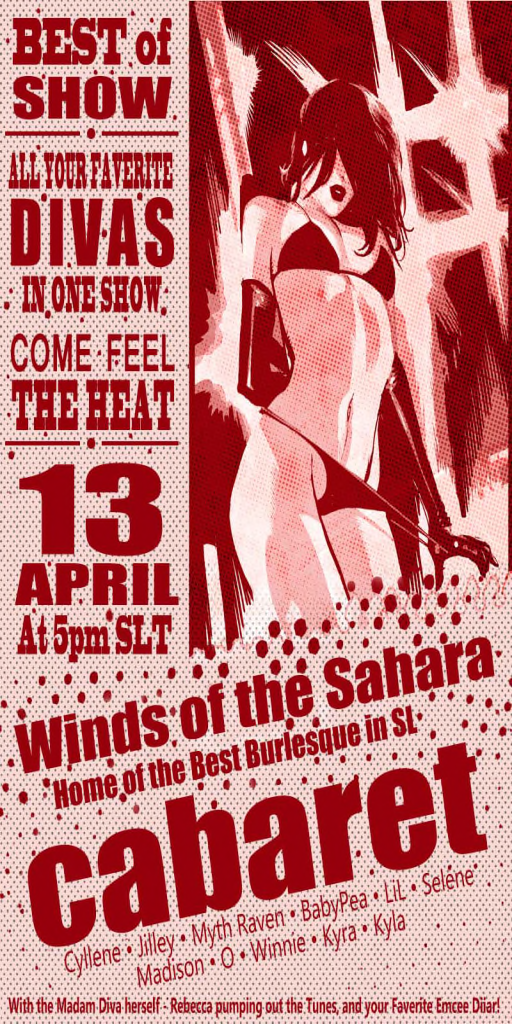 Nancy Toocool sent us this; 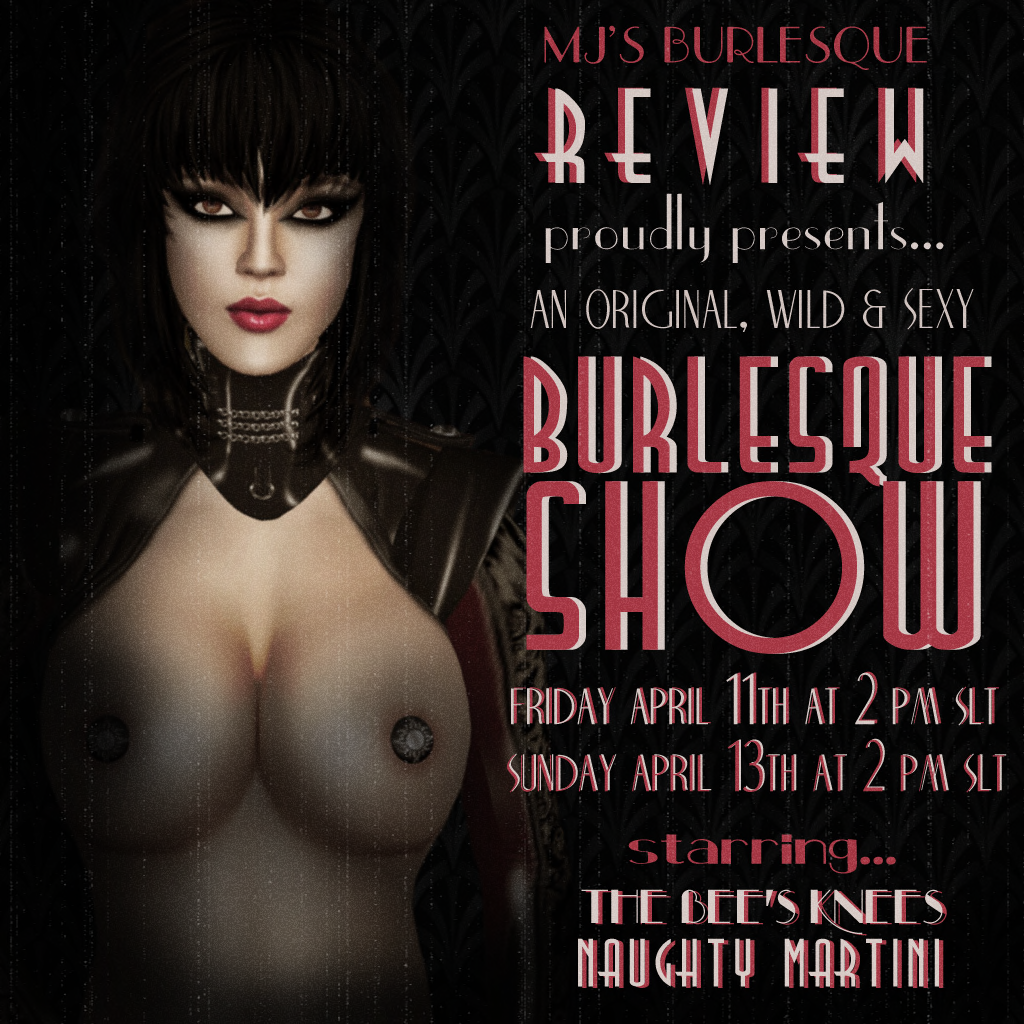