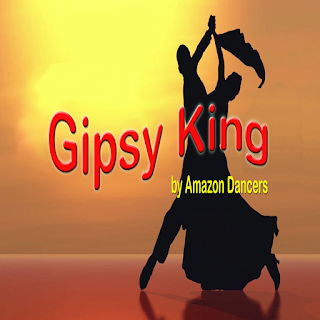 Hello all and welcome to our show!!
The Amazon Dancers have the great pleasure to present to you the Gipsy King Show.  This show is in tribute of the famous band "The Gipsy Kings". The Gipsy Kings became famous with their album Gipsy Kings (1987), including several hits of the group, such as "Djobi Djoba", "Bamboleo" and "Un Amor". The song "Volare", on their second album, is a version of the hit "Nel Blu Dipinto Di Blu",  by the Italian Domenico Modugno.In 1989, the album Gipsy Kings was released in the United States. There it remained in the music charts for 40 weeks,  being one of the very rare spanish albums to be in the charts  for such a long time.

For best viewing experience we are asking you all  to switch off Tags, Aos and scripts.

Thank you so much for coming and enjoy the show!
Dress Code is Semi Formal/Casual and as low scripts as possible please

Join Us! Come See The Show!