So, the Firestorm Team recently released a new version of their viewer. A lot of y'all wait for a while to download new software until there's patches and fixes for the patches and fixes in the initial release. I totally get that, since I do the same with the iOS on my phone. ("Don't be a hero, skip the point-zero.")

There's always time to do it later... 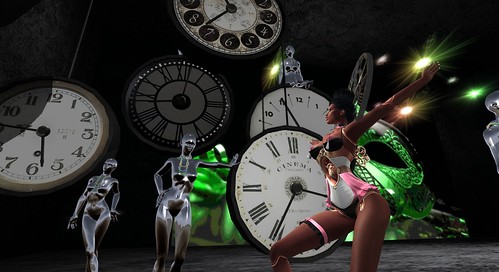 However, there's something important about this release that you should be aware of:


All SL users are going to need to update within the next month or so. Linden Lab will be disabling some old inventory code soon, which will break legacy inventory fetching for all previous Firestorm versions and any viewer not supporting the new and much-improved HTTP asset fetch functionality.


You kind of need your inventory, right? I mean, sure, it would solve all your "My inventory is a disorganized mess!" issues instantly, but then you'd have some pretty serious "Where the hell is my everything!" and "Why is nothing rendering!" issues.

Seriously, this isn't a time to foot-drag on the Firestorm upgrade. The back-end is changing, and the older versions can't get a nice tight squeeze on that back end. (...PHRASING!)

Even though most users can perform a basic install and things will work, we strongly recommend that you perform a clean install. There's no telling what crap Windows or MacOS will leave in there that'll trip up the new code.

(NOTE: With either option, SpaceNavigator users will likely need to re-configure their macros for the new Firestorm version. I tend to do left-button as null and right-button as Control ~ for snapshots, so no big deal there.)

I know, I know... not everybody is a drooling fanbot of Firestorm like I am. (<3 Jess!) So, what about other viewers?

Well, if you're on Linden Lab's Second Life Official Viewer, you should be keeping up with the newer releases with automatic downloads already (and grumbling when you hit Control-S and things don't resync). And if you're on some other breed of viewer, Inara Pey's Viewer Roundup Page is an excellent resource. (I highly recommend Living in a Modem World as a whole, and not just because I write a dance column over there, mmmmkay?)