February Raffle! This month's prize...? Read on to find out! 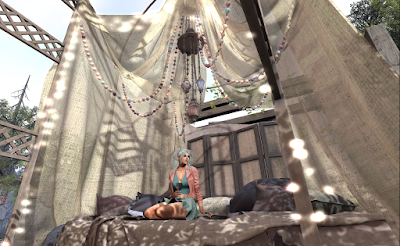 Dance Queens has traditionally been a passive organization, a sort of information clearinghouse.
Over the past months, I forget how many, we've seen a LOT of changes, but hey, change is good.. right?  ...RIGHT?!
One of the major changes, which actually comprises many smaller changes is the Dance Queens groups' role within the community.
IT'S TIME TO TAKE ACTION!  And, well.....we've been doing just that with the quarterly shows, and events such as the WordUp! Challenge and Tuesday night's Party in the Park chill time!
What better place to host all of these events but on our own land...that we just so happen to already have!  This land is your land.  This land is our land.. no, wait.. that's not for here! The Dance Queens land, our home, which we do get an amazingly good deal on (thank you, Tray Porthos!), however, still has to be paid for.  So....
On to the raffles with a "tally-hooooo!"

Web had the 💡 bright idea to sponsor these raffles!  It's a fab way to help us while giving YOU (or one of you each month) something in return!   The entry fee is only L$25 and the prizes are pretty damned nice!

Our first raffle was in December and the prize was a L$1,000 animation gift card to SYNC'd!
Winner: SarahRho Huntress
The second raffle, just ended, was for a L$2,000 video session with AndyTez Dumpling!
Winner: Anna Leider
And now?!   A L$1,000 gift card to DRD!  Yep, Death Row Designs!
Winner: "You may have already won!"  *cough*

Visit the Dance Queens info Center and pay that board L$25 for YOUR chance to win this terrrrrific prize!