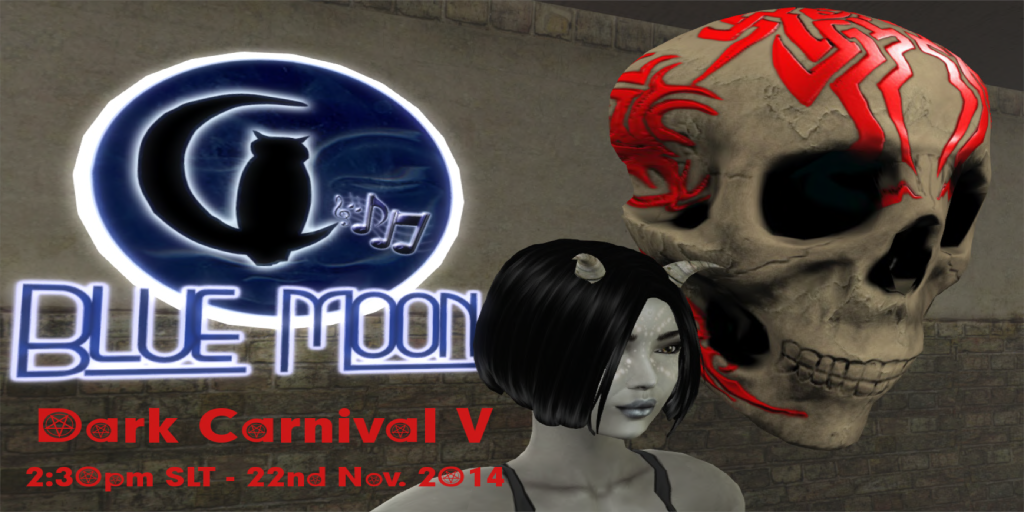 For the 5th year running, Naiki's alt, Reala, has rebelled against him and made an attempt at a hostile take-over of Moons with the help of her carnival of monsters, demons, and Derek the squid. This year however she had help. The treacherous SathCat offered his assistance (mostly because he was bored of Nai's bad jokes).  This year, Reala has won.

As Moons enters its 4th week of Dark Carnival occupation, Reala has turned the Mooners into monsters and is forcing them to do a carnival cabaret, with Nai telling Reala's jokes.

These questions and more are not going to be answered at the cabaret, 2:30pm SLT, this Saturday at the Blue Moon.