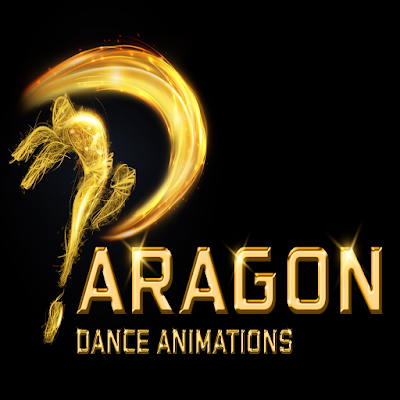 This months raffle is sponsored by Paragon Dance Animations!
50L entry unlimited and there will be 2 winners each receiving 2 dance packs, one male and one female which is a very generous prize!

Here is some information about Paragon and the dance packs:

Paragon Dance Animations - Second Life newest bento dance animation store of 2019 is here to set the gold standard of dance with a very unique product line. Based in Hollywood, we feature famous choreographers/dancers in social media and the entertainment industry. Our talent have worked with top recording artists, on popular dance TV series, and are YouTube viral sensations/social media influencers. All our motion capture animations are authentically choreographed and performed by the original celebrity/influencer.

From 1st Life to Second Life, we bring you the paragons of dance.

Guys, it's time to get your swag on with these 6 smooth cool sexy dances. Performance captured by pro-bodybuilding champion, pro-dancer/choreographer, youtuber Mike Peele. Originally freestyle danced to "Lost in Your Love" by Chris Brown. Tempo = 94.0 BPM

Based on her burlesque dance set, Dakota brings her moves of the "Art of Tease" from the stage to the club dance floor.
Originally freestyle danced to the song "Senorita" by Justin Timberlake. Tempo = 98.00 BPM

Dakota Ferreiro is an icon in the Burlesque scene, an innovator who after twenty years as a professional dancer, now uses this old art form of Burlesque to not only entertain, but to inspire and empower.  Some of Dakota's accomplishments are as follows:

To enter the raffle visit the Dance Queens Info Center by clicking here!