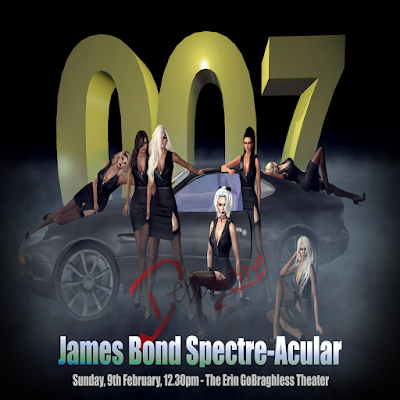 Bond listened to the incessant ticking as the countdown  continued. Looking up, the numbers flashing, one by one, seeming to taunt him, to challenge him. It was like all his years of service were preparing him for this moment.

He laid down his Walther, something he did not wish to do but he needed both hands free for this. With beads of sweat standing on his furrowed brow, Bond set to work on the timer, sifting through the tangle of wires, searching for a clue as to how to effect this device.

Bond worked for hours, using his skills, to no avail. This device was so fiendishly constructed that  special agent 007 was unable to change it. In exasperation, he reached for his walkie-talkie.

"Bond to base" he spoke in his rich Scottish burr. "Reporting a failure. I cannot make time go any faster. We will all have to wait until next weekend for the super special Debauche James Bond show. Bond out."

Bond, for the first time, cried.