The Paramount Players - How the West Was Danced 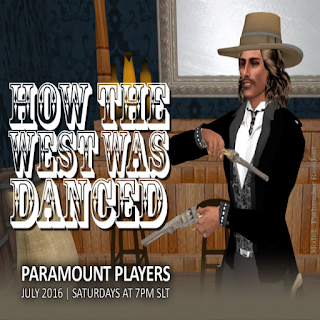 Come join us for an evening of classy but sassy entertainment as we the PARAMOUNT GRAND THEATRE, the Paramount Players dance for you July 9th at 7pm slt, in our new show, How the West Was Danced.

Country music is a genre of United States popular music that originated in the Southern United States in the 1920s.It takes its roots from the southeastern genre of United States such as folk music, Blues music, and Western music. Country music often consists of ballads and dance tunes with generally simple forms and harmonies accompanied by mostly string instruments such as banjos, electric and acoustic guitars, and fiddles as well as harmonicas. The term country music gained popularity in the 1940s in preference to the earlier term hillbilly music; it came to encompass Western music.