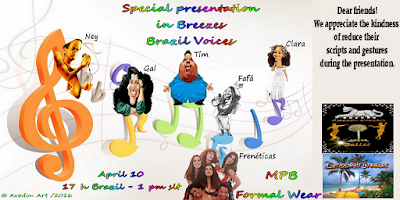 Act 5
The group "As Freneticas"
A pop group with a refreshing sound
In this act you hear the songs:
Feijao maravilha and Abra suas asas.
Posted by Unknown at 10:58 AM