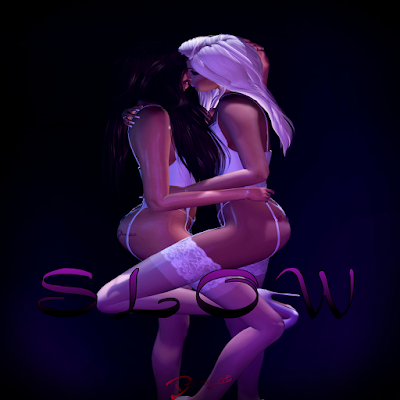 Debauche happily return to one of their favourite venues this week, The Trophy Room. A wonderful place to relax, to be intrigued, to be a tease...and who doesn't like to tease?
So come join us this Saturday in a marvelous theater full of marvelous people for some good old fashioned teasing Debauche magic. Some brand NEW routines as well and after party
Dress is formal, leave your scripts at home. Enjoy xxxx 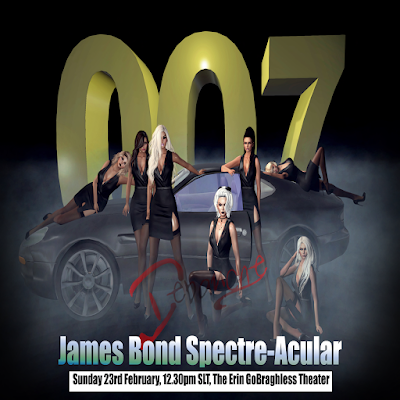 You only Dance TWICE.. James Is BACK !!!

By Popular Demand James is BACK!!!
My Name is Bond, James Bond
Otherwise known as British Agent codename 007
Now we could tell you more about this show but we would have to kill you!!
I'm sure nobody wishes for too much bloodshed.

Please join Debauche 23th February at 12.30pm slt for what is no doubt Debauche's greatest and most spectacular show to date

Bond listened to the incessant ticking as the countdown  continued. Looking up, the numbers flashing, one by one, seeming to taunt him, to challenge him. It was like all his years of service were preparing him for this moment.
He laid down his Walther, something he did not wish to do but he needed both hands free for this. With beads of sweat standing on his furrowed brow, Bond set to work on the timer, sifting through the tangle of wires, searching for a clue as to how to effect this device.
Bond worked for hours, using his skills, to no avail. This device was so fiendishly constructed that  special agent 007 was unable to change it. In exasperation, he reached for his walkie-talkie.

"Bond to base" he spoke in his rich Scottish burr. "Reporting a failure. I cannot make time go any faster. We will all have to wait until next weekend for the super special Debauche James Bond show. Bond out."
Bond, for the first time, cried.
Debauche James Bond Spectacular. Sunday 23th February, 12.30pm
Shaken AND stirred
Here's your ride!!