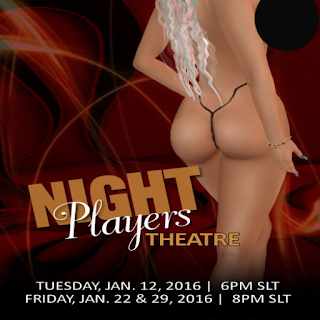 The Paramount Players will be doing a monthly "after hours" show. We'll bring you the same performance quality we do at our Saturday shows, maybe a little more skin... little less costume. This show is more performance art. We hope to see you there.

We've opened a new Theater Venue, called "Night Players" - it's right close to the Paramount (close enough to walk) but an LM is also included.